Here is the Mount Lowe Railway Tally-Ho Coach close up. Thaddeus Lowe Junior, the middle of T.S.C. Lowe’s three sons, ran this business to bring people to Altadena Junction where they could ride up to the base of the incline. This image happens to be taken at Lowe’s home at 995 South Orange Grove Avenue on the north side of the property. 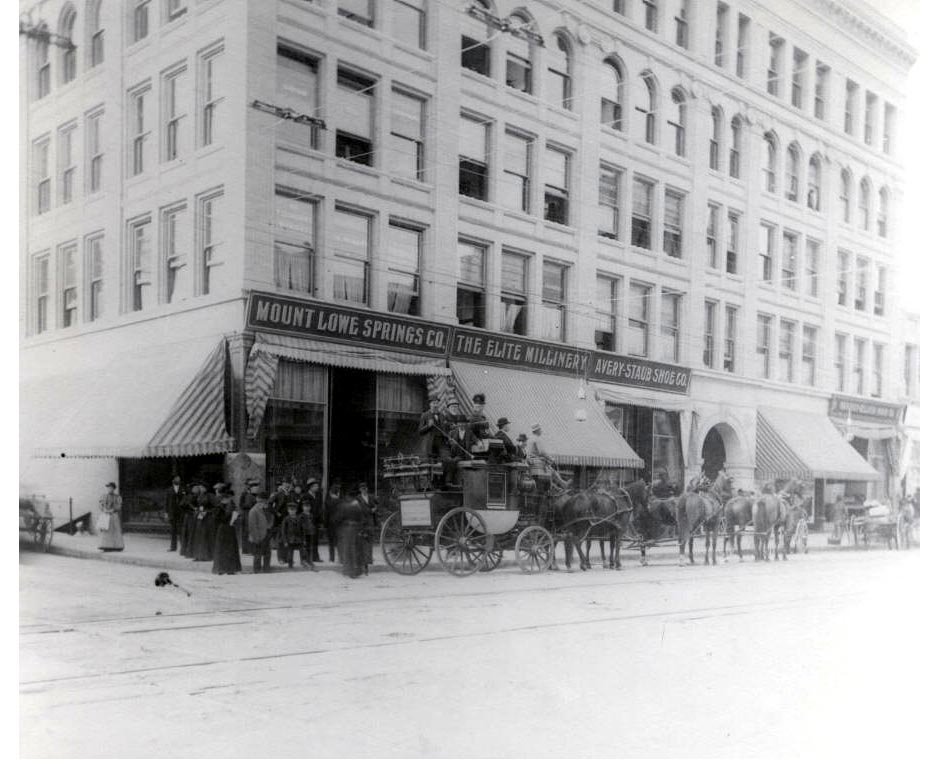 In the first image, we see the Mount Lowe Tally-Ho Coach sitting at the corner of 3rd and Broadway in front of the Mount Lowe Springs offices. Lowe bottled and sold water from this location to restaurants including that of Echo Mountain House.

Here is the text from the Tally-Ho brochure circa 1895:

The Mount Lowe Tally-Ho Coach is now making daily trips between Altadena Junction and Los Angeles. The coach leaves Altadena Junction at 9am and Los Angeles at 2pm, making close connections with the cars of the Mount Lowe Railway. The route from Los Angeles passes through East Los Angeles, Sycamore Grove, Highland Park, Garvanza, Lincoln Park, and South Pasadena to Pasadena going over the world renowned and beautiful Orange Grove Avenue, by the Grand Opera House, and through the business portion of Pasadena, thence by way of North Pasadena to Altadena. The route from Altadena passes through another portion of Pasadena, Lamanda Park, San Gabriel (the site of the Mission San Gabriel), by Shorb’s Winery (the largest winery in the world), and over the Mission road to Los Angeles. This gives passengers the choice of two of the most romantic and beautiful rides to be found in the world, at a mere nominal cost, and in connection with the scenery of the Mount Lowe Railway and the most excellent entertainments at the Mount Lowe hotels, and the literary, scientific, and social diversions there provided, a series of attractions, which are not equaled on the globe. The fare for this historic and most interesting ride through the famous San Gabriel Valley en-route between Los Angeles and Altadena is placed at the low rate of $1.50. 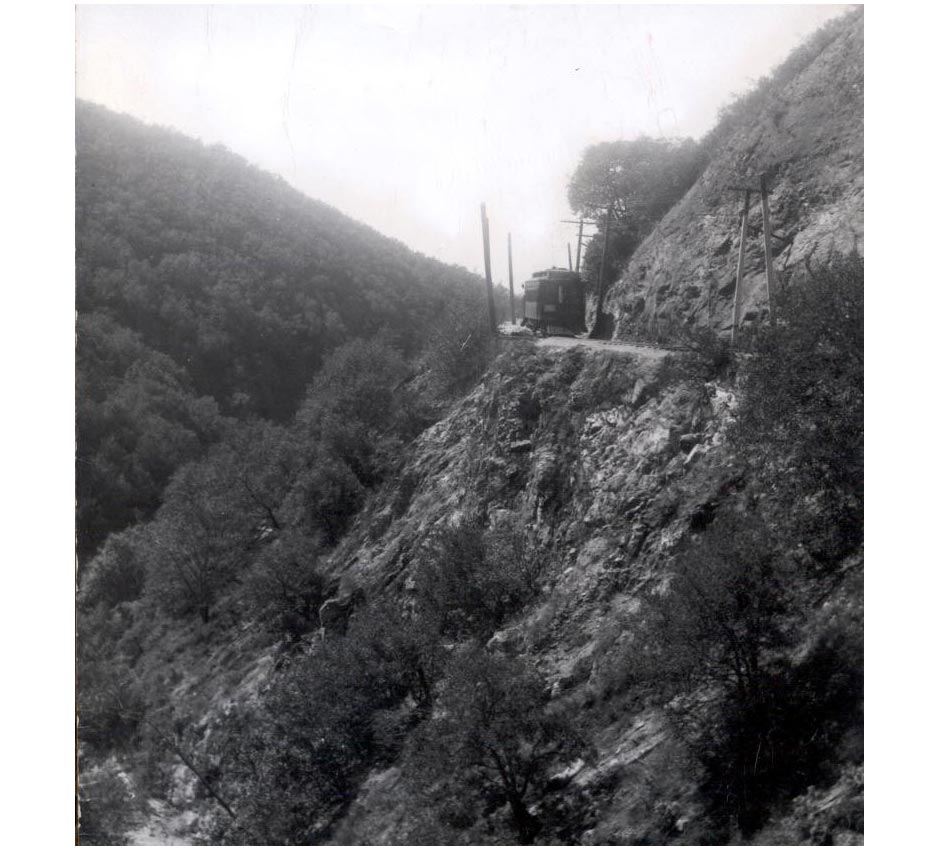 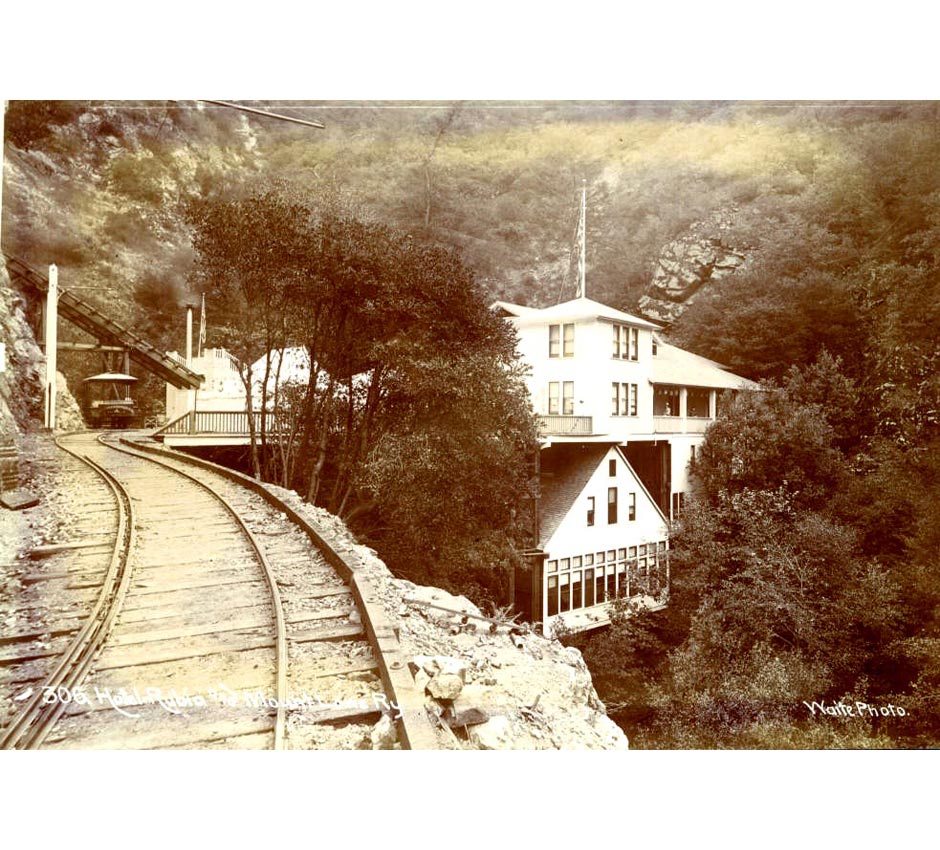 Construction to the mouth of Rubio Canyon took place beginning September 1892. Once one reached Altadena Junction the 2.5-mile trolley ride into Rubio Canyon would come to this end. Rubio Pavilion was built above a streambed on a raised platform and had a siding for a city bound car to wait underneath the foot of the incline as shown in this picture. Peaks more than 3,000 feet on both sides bordered Rubio Canyon. The buildings at Rubio Pavilion included the ten-room Hotel Rubio (completed in 1894), the Music Hall, and underneath, the dining room that measured 110’ by 35’ and accommodated about 80 diners. This was open between April and October. 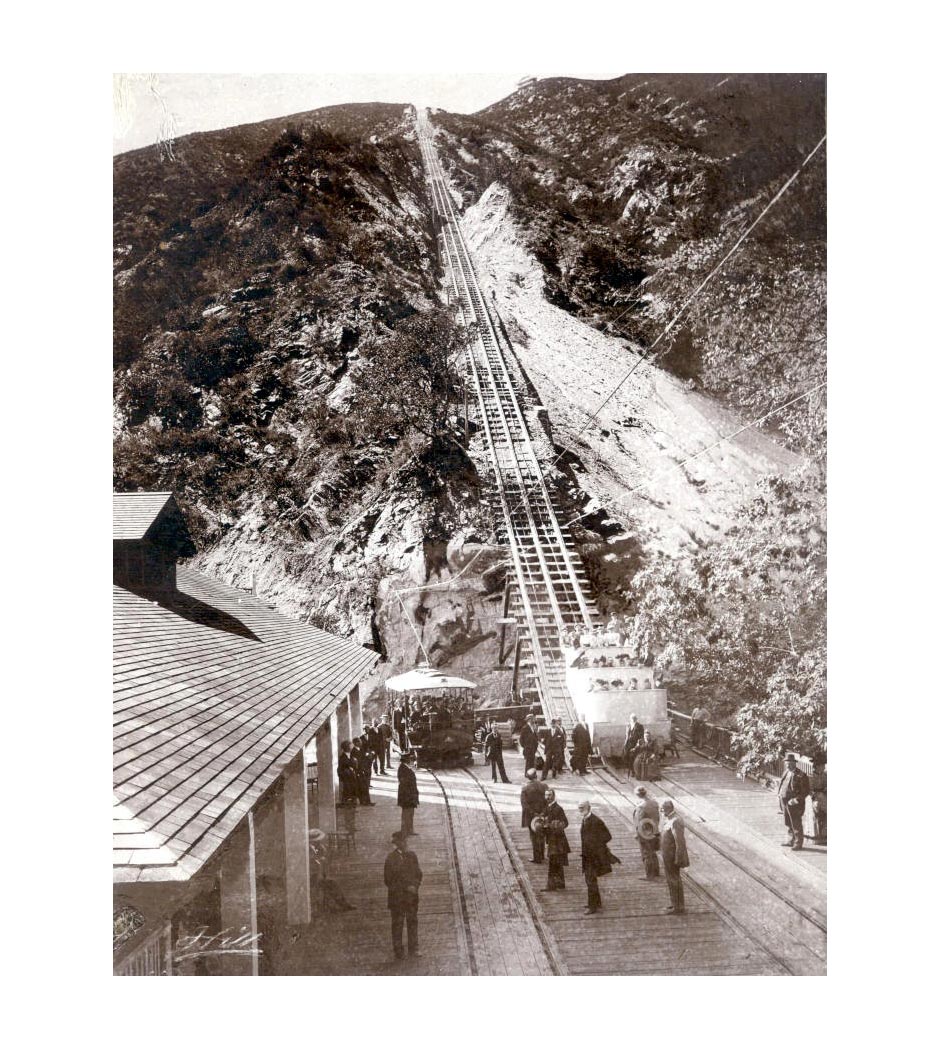 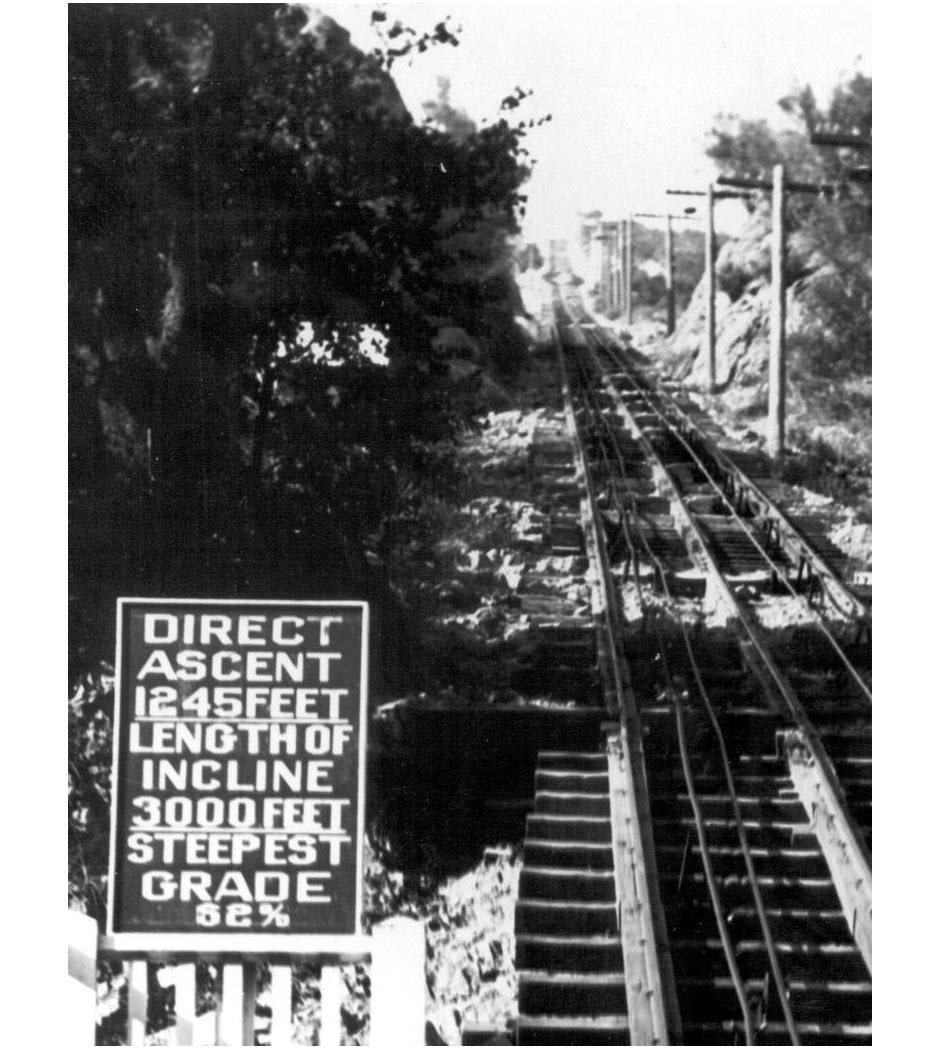 The base of the Great Cable Incline began here, at Rubio Pavilion. This Hill publicity photo was taken just before the grand opening celebration July 4th, 1893. Seated in front of the incline car is Mrs. T. S. C. (Leontine) Lowe with her husband standing by her side.

The 3,000’ trip up the incline was quite steep with an average grade of 42% and the steepest grade 62%. Although the sign in this photo was not added until long after Lowe lost control of the railway, the view up the tracks is incredible.