Thaddeus Lowe’s Union Army Balloon Corps poses some time during the Civil War with an inflated balloon and observation basket near an unidentified battlefield. 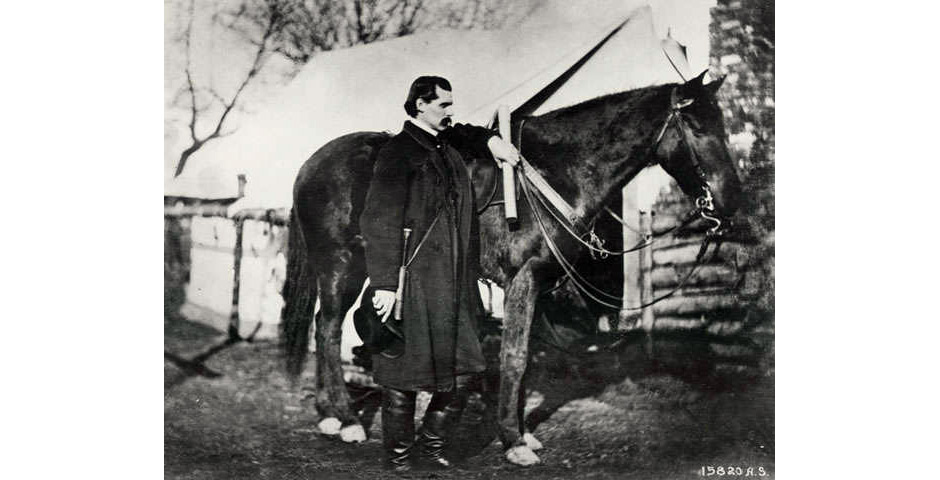 The second image is a portrait of Thaddeus Lowe and his horse at a Union Army encampment. Images from the National Air and Space Museum Collection.