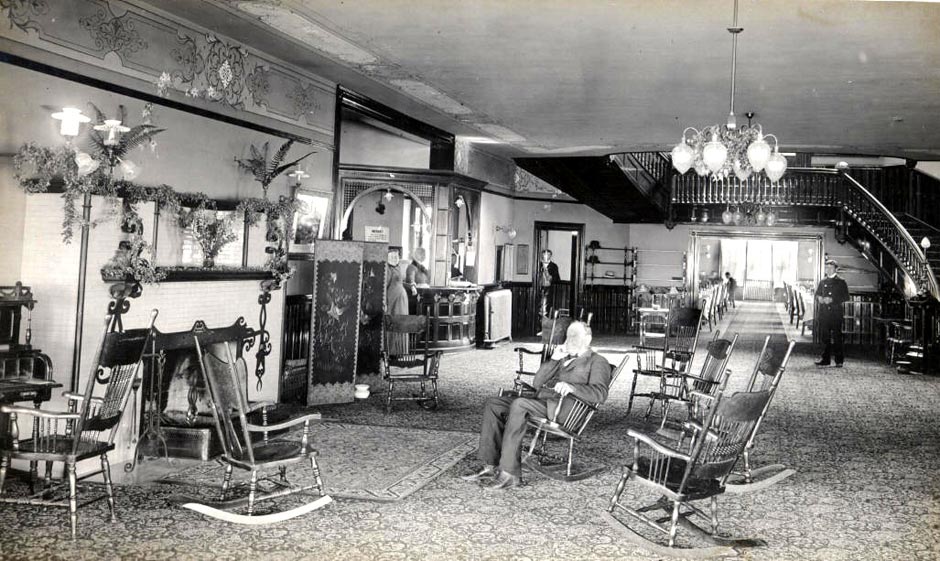 Echo Mountain House, at nearly 3,500’, boasted being the only mountain hotel open year around. Completed in November of 1894, the room rates started at $15.00 a week and up. Although they claimed the rates were no more than down in the valley, the $63,000. price tag for construction and furnishings had to be weighing heavily on the bottom line.

In this image, astronomer Lewis Swift kicks back in a rocking chair in the grand entry of Echo Mountain House with the dining room directly behind. Off to the sides could be found billiards, a social hall, a barbershop, and a telegraph and post office.

The lead photograph was taken shortly before the completion of Echo Mountain House from what was later to be called Inspiration Point. With windows not yet in place, this photo would be from summer, 1894.