The first “powerhouse” at the top of the incline was constructed of wood with the grip wheel and winding machinery housed in the concrete basement. Actually this was a winding station for the cable machinery. 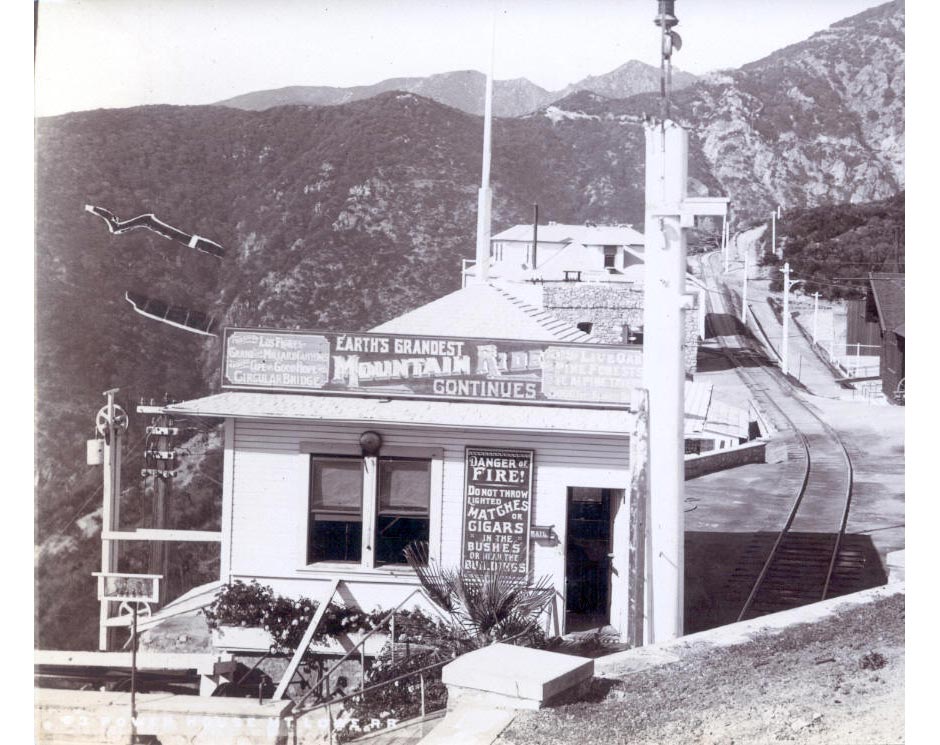 The real first powerhouse was constructed of rock and sat behind the zoo. When the winding house burnt down in 1905 it was replaced by the structure in the next photo, which housed the winding machinery and the power source as well. It was originally powered by a 75hp electric motor, which was in another structure. The first cable operation of the incline took place in December 1892, thus making deliveries of supplies to Echo Mountain all the easier. The December 1905 fire replaced this structure with the updated plaster one.

Lead image: An eerie looking powerhouse in the fog with no one around but the operator. The Alpine Division car can be seen waiting off to the side for upcoming passengers. About the time this powerhouse was put into operation the still standing powerhouse on Lake Street also became operational.