The Lowe Astronomical Observatory was founded in 1894 not only to bring tourists to Echo Mountain, but for Thaddeus Lowe to make yet another name for himself.

Lowe was an amateur astronomer with a four-story observatory at his home on Orange Grove Avenue in Pasadena. He believed the western hemisphere could bring new astronomical discoveries into view, which easterners had not previously seen, and his belief was correct. He managed to lure Dr. Lewis Swift to California to continue his world-renowned comet and nebulae research in the mountains above Pasadena and Altadena. 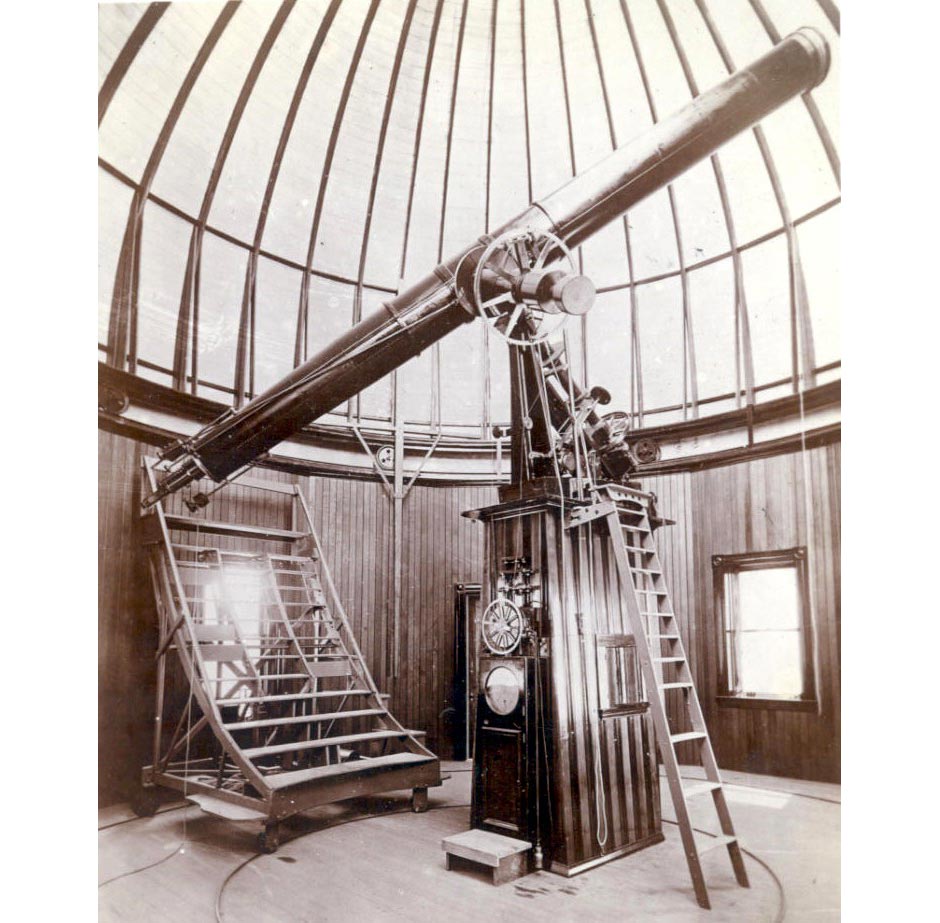 When Dr. Swift came to California he virtually dismantled his famous Warner Observatory in Rochester, New York, and reassembled it at Echo Mountain. Pictured here is the 16-inch telescope Swift used for his research. The special ladder which rolled around the telescope on a wheeled track was used to make searching the heavens more comfortable for the 74 year old astronomer who retired in 1900 due to near blindness. 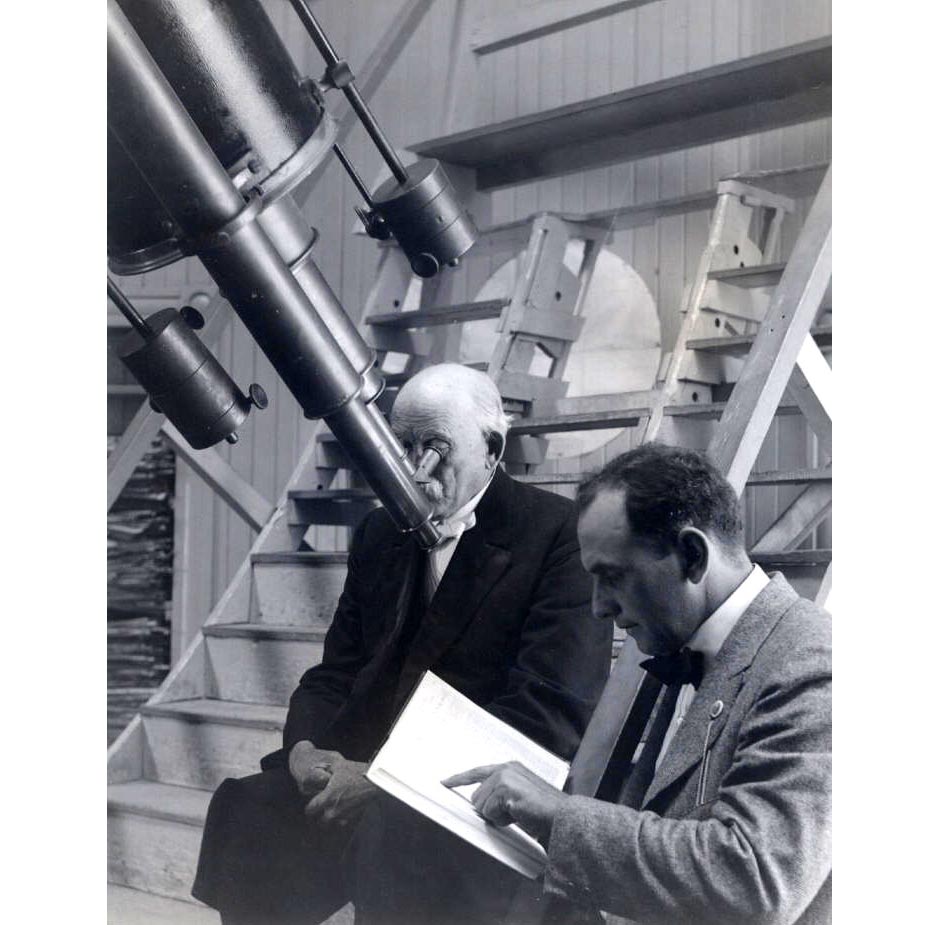 Upon the retirement of Dr. Lewis Swift, Edgar Lucien Larkin from the Knox College Observatory took over the Lowe Observatory. Lowe had lost control of his railway by this time, but the fact the telescope brought tourists and their dollars couldn’t be overlooked. Here Larkin looks through the telescope as a visitor studies a book on astronomy. 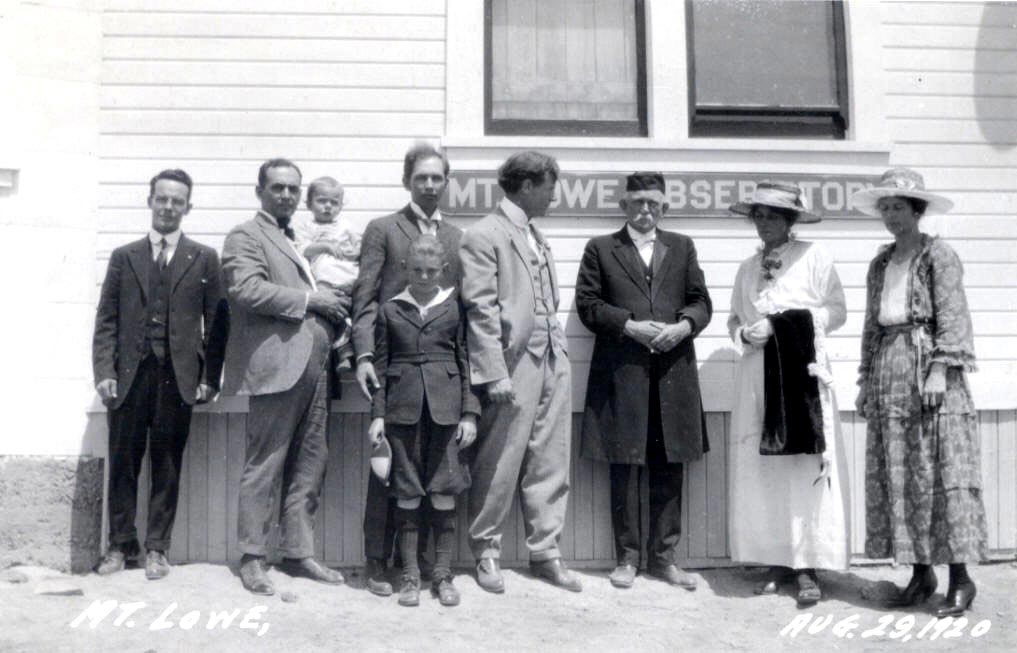 Outside the Lowe Observatory, Larkin receives a group of guests waiting for a chance to look into the heavens. Advertising for the observatory lauded the views of the moon and Saturn as being exceptional.