We complete our virtual tour of the Mount Lowe Railway with a visit to the summit of the great Mount Lowe, high above Pasadena. 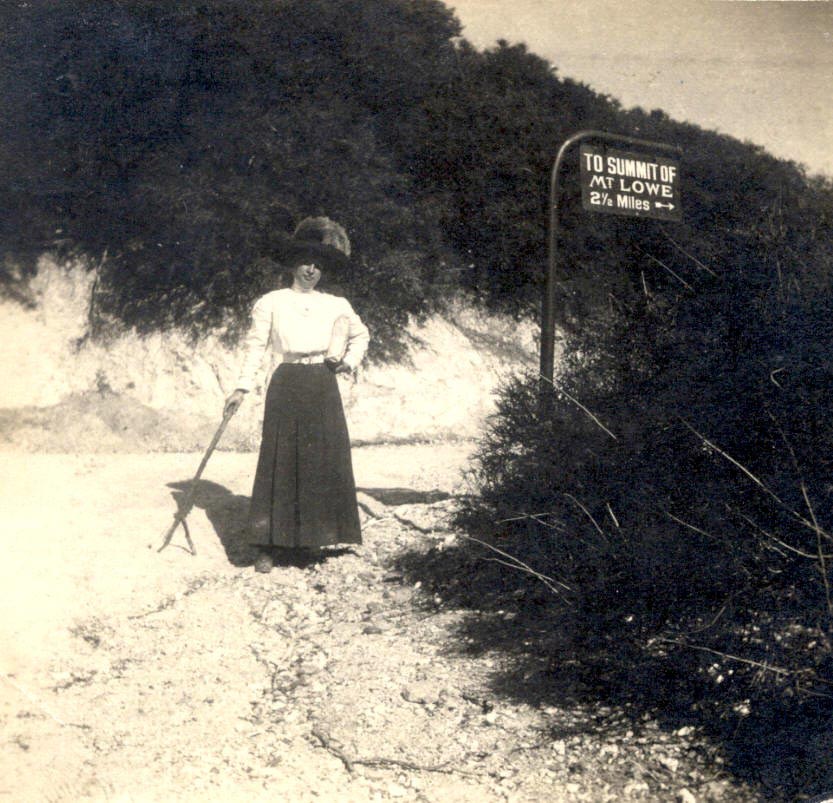 Very near Inspiration Point began one of a few trails to the summit of Mount Lowe. Mount Lowe had been known as Oak Mountain until the time Thaddeus Lowe began building his railway. Upon one of the journeys to the peak Andrew McNally, of the Rand-McNally Map Company, told the group that from henceforth this peak shall be named Mount Lowe to honor the man whose accomplishments have benefited all local residents. The name stuck, but sadly Lowe ran out of funds before reaching the summit of his mountain. 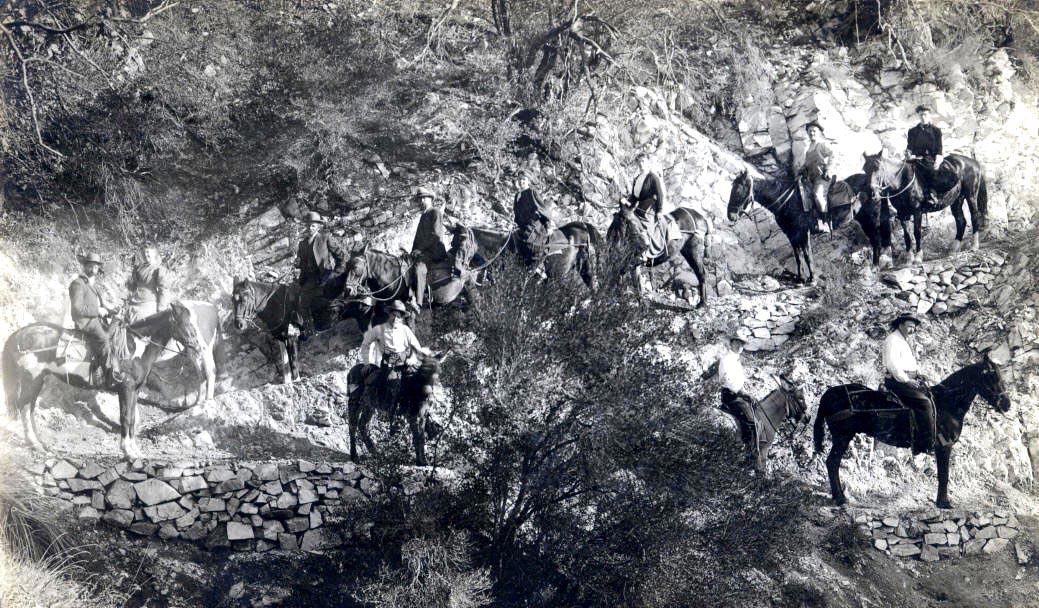 Horseback riding to the summit of Mount Lowe was quite a popular trip and the views were incredible. 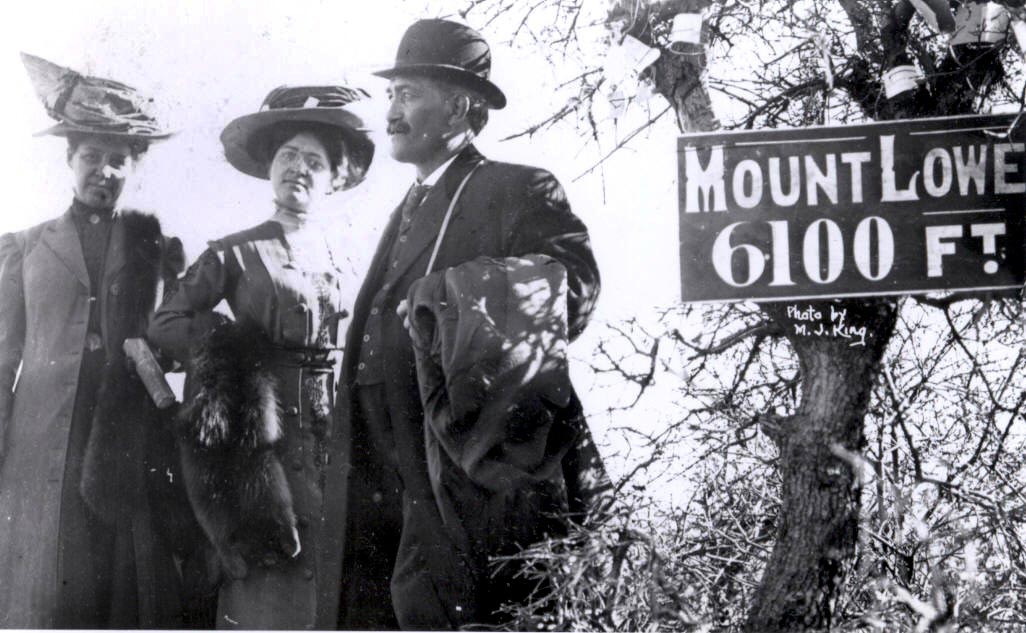 This photo was taken on the actual summit around 1900. Notice the business cards attached to the tree. 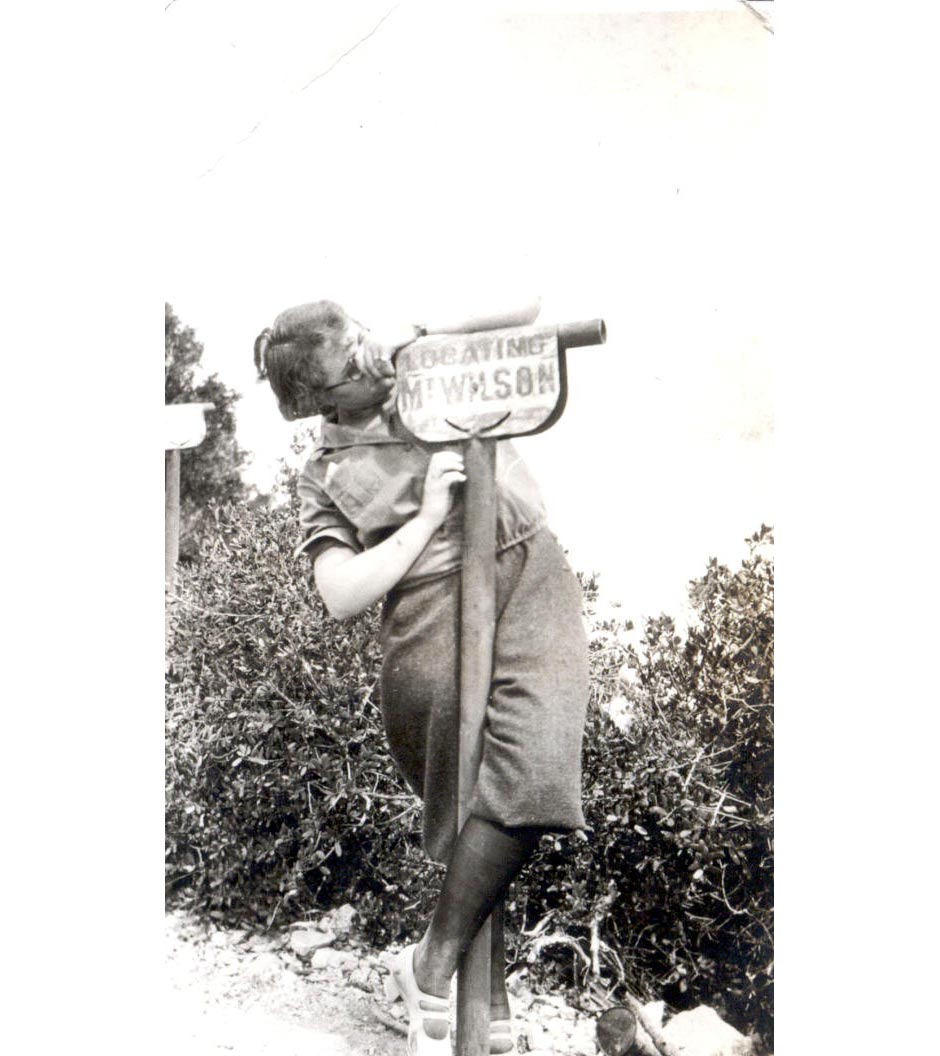 Viewing tubes on the summit of Mount Lowe remain today. This one locating Mount Wilson, just a few miles away, still stands in the same place. The one behind is locating Mount Markham, named for one of California’s governors and friend of Thaddeus Lowe.